The Alliance for Historic Landscape Preservation

Here is a useful landscape preservation advocacy group for all you American garden historians and conservationists.

According to its website The Alliance for Historic Landscape Preservation:

'is an interdisciplinary professional organization which provides a forum for communication and exchange of information among its members. It is dedicated to the preservation and conservation of historic landscapes in all their variety, from formal gardens and public parks to rural and natural expanses.'

Posted by Toby Musgrave at 15:41 No comments: 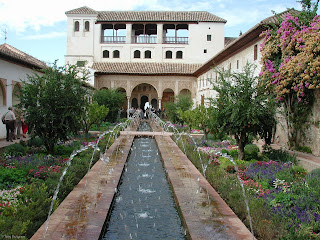 A big 'THANK YOU' to Debs Wiles who kindly took my online garden history course this past month and has posted a review on her excellent blog 'Got Soil?'

So if you are interested to hear what a student who has taken the course thinks of it all, do take a read.

May I also encourage you to explore Debs's blog at length - there is heaps of really interesting stuff there.

PS  Deadline for the signing up for December's course is tomorrow.

Posted by Toby Musgrave at 14:43 No comments:

The monthly cycle is beginning again and my on-line garden history course is about to begin on December 01.

So if you are looking to keep those little grey cells fit and healthy over the festive period, why not sign up and learn how fun and fascinating garden history is.

Also, the course makes the perfect Christmas Gift - via the link above you can gift the course to whom so ever you choose.

Posted by Toby Musgrave at 17:23 No comments:

Book of the Year 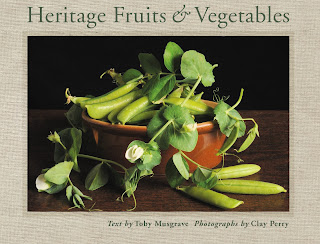 I am delighted to report that Heritage Fruits & Vegetables has been honoured by The Sunday Times as one of its Gardening Books of the Year.

Unfortunately, I can't link you to the page as the ST is only available online by subscription.

But many thanks to this redoubtable publication for its endorsement and good taste!

Posted by Toby Musgrave at 20:11 No comments:

Its time for the monthly reminder that my online garden history course begins on 3 November.

Its always fun so please to have a look and pass on the good news.

Posted by Toby Musgrave at 16:54 No comments:

Gardens are living, evolving, three dimensional works of art and how to deal with an historic garden is always an issue - especially when a garden reaches maturity.  It is appropriate to recreate what the garden was?  Or is this just preserving a garden in aspic (so to speak)?  Or should the garden be developed, given a new design, just as in so many cases a new incarnation was laid over an existing one?

There is no simple answer and the questions get tougher where the garden has centuries of layers of history overlaying each other.  In this case, the garden is relatively recent.  Bodnant Garden in north Wales was mostly created from 1874 by Henry Davis Pochin, a successful industrial chemist.  Following Pochin's death in 1895 the property was inherited by his daughter, whose husband became the first Baron Aberconway in 1911.

The garden became famous under Henry, second Lord Aberconway who inherited in 1934.  It was he who installed the terraced garden and in 1938 imported the Pin Mill from the Cotswolds in 1938 for use as a garden pavilion on the Canal Terrace (see photo above).

A keen plantsman, Henry subscribed to plant hunting expedition and began the famous collection of rhododendrons (he also bred new cultivars) and magnolias.

In this thoughtful article in the Telegraph Stephen Lacey discusses and questions some of the recent developments at Bodnant.
Posted by Toby Musgrave at 16:50 No comments: